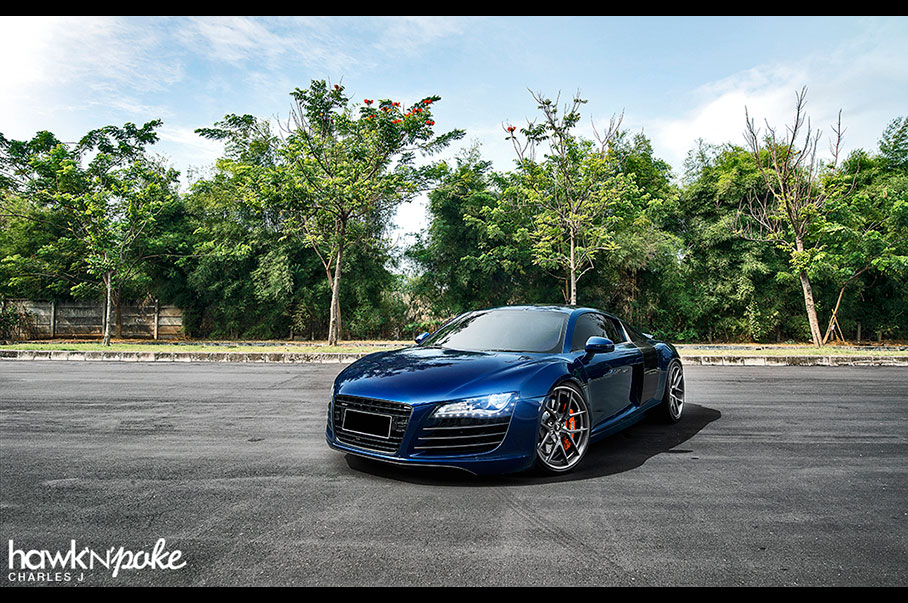 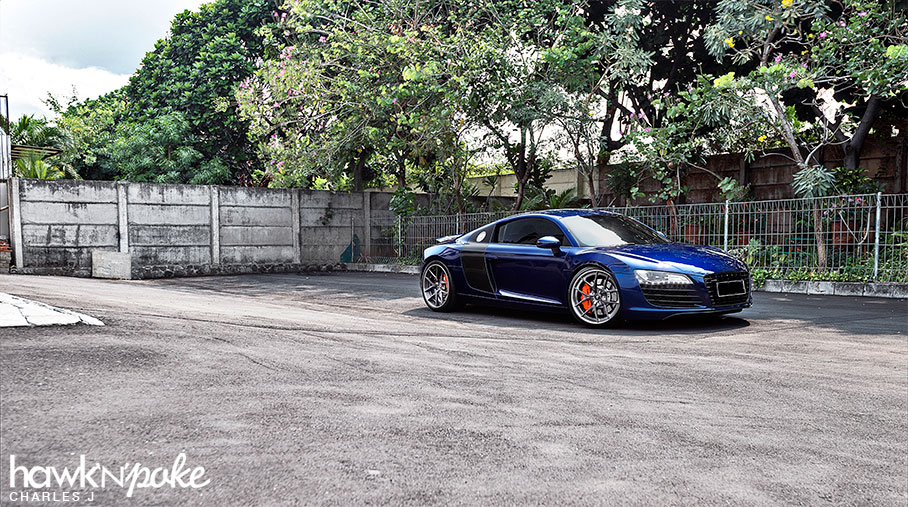 The 4.2L R8 has marked quite a stir in the enthusiast discussion boards. Some considered it to be a supercar while others insist on it being otherwise, due to its ‘tinier’ engine. These people often compare it to the BMW M6, Porsche Carrera 4S and Aston Martin V8 Vantage instead. However, one media (EVO magazine) has decided to put it on their list of “supercar”. Following the 4.2L’s introduction, Audi has also introduced the 5.2L V10 R8 and R8 GT to compete head on with the other pure bred supercars. Well, comparing this 4.2L to a Ferrari or Lamborghini might be quite a stretch, but to me this is still one hell of a car. Standing next to it and hearing the Quicksilver exhaust note alone can give you goosebumps. 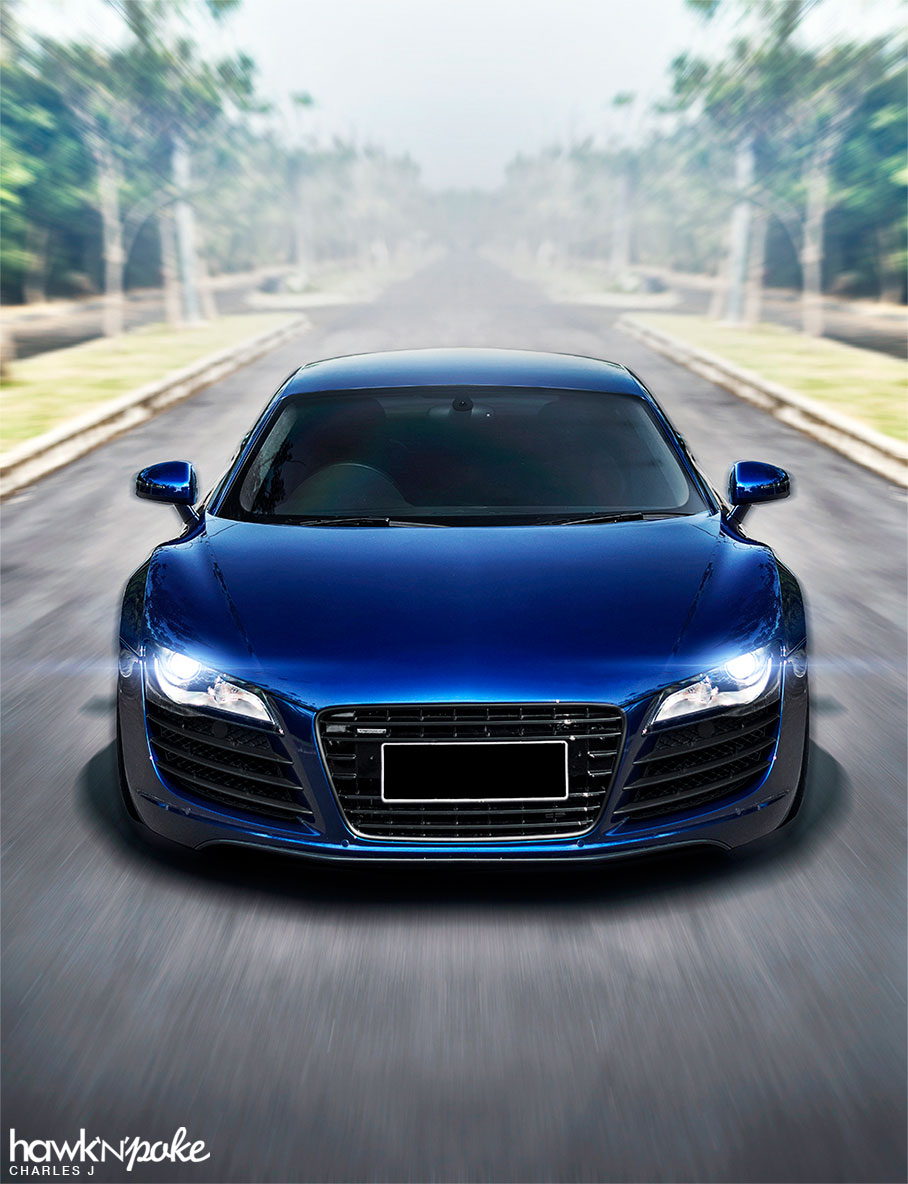 Mugello Blue is the color code of the car; quite a rare color for an R8, as the most popular ones would either be white/silver/black. The name Mugello itself was inspired by a region of Italy, which is well-known for its Mugello Circuit. As often as dark blue color considered to be “old man’s color”, the owner disagreed. He’s determined to make this dark blue look cool! 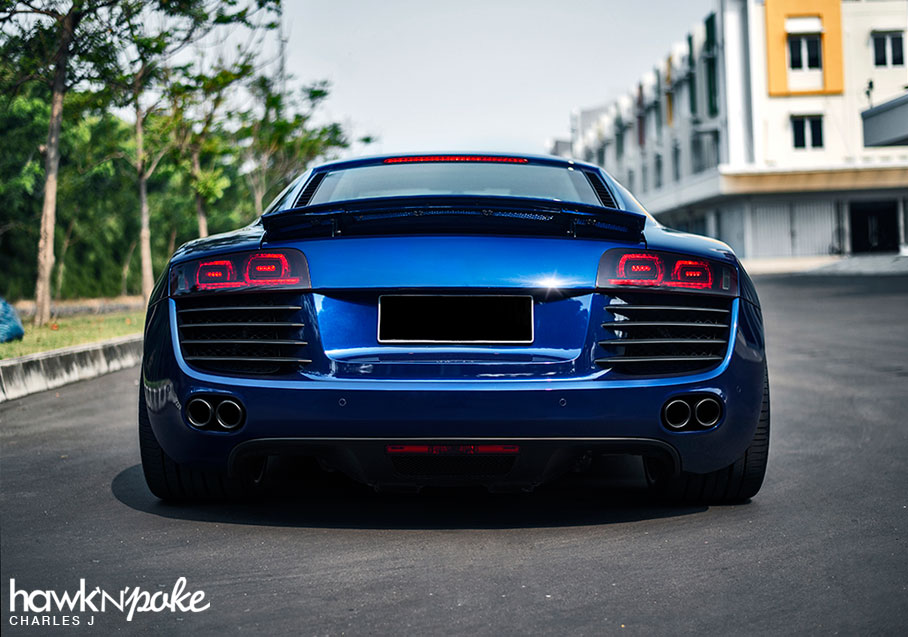 Undoubtedly the owner wanted the best for his R8 modifications. Initially, he was faced with quite a struggle in finding suitable wheels that will look best with the Mugello Blue color. After a few days of wheels selection, he finally decided to order the Vorsteiner VS-310 wheels (2-3 months waiting time) and the KW HLS (Hydraulic Lifting System) Suspension. 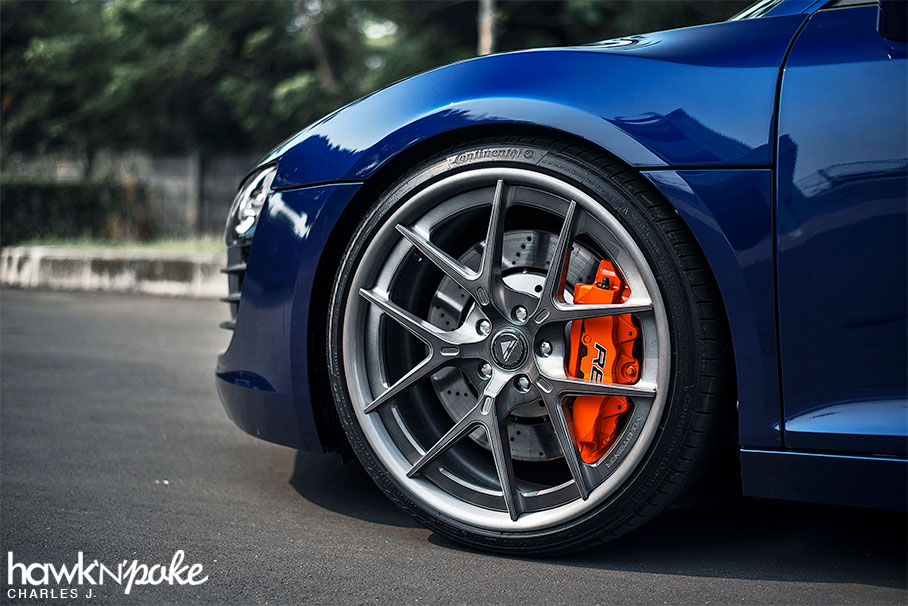 PPI bodykit was ordered a month before the wheels, but PPI has never contacted him back regarding the order status. Unluckily for the owner, he has paid a full amount for the bodykit. It’s going to be a no show item I suppose, because until now PPI still hasn’t given him any response. Disappointed by the bodykit scam, the owner decided to paint his R8 brake calipers to shiny orange! 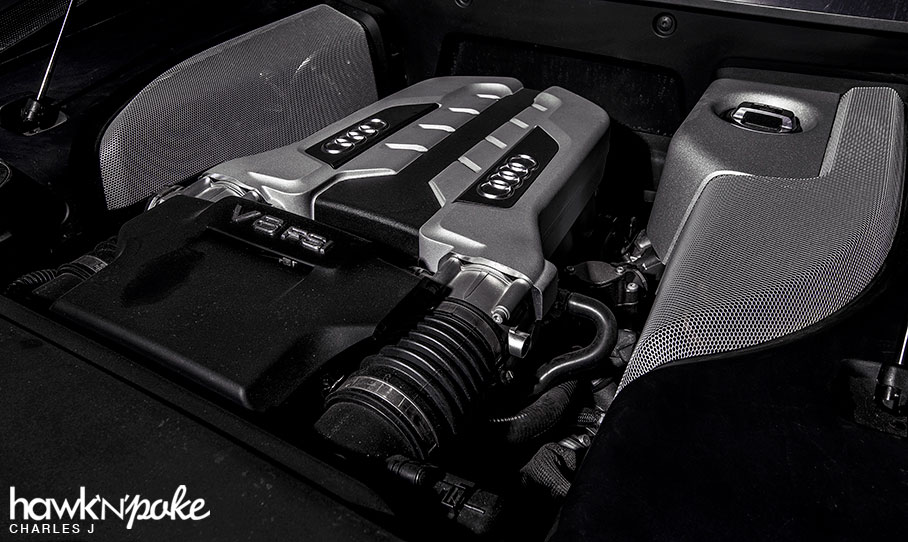 The 4.2L has been known as one of the quietest supercars. Thus, the owner chose to install a set of Quicksilver exhaust system so that the R8 can now produce a very raw, munchy and muscular sound. Definitely one of the best sounding R8 exhaust systems on the market. 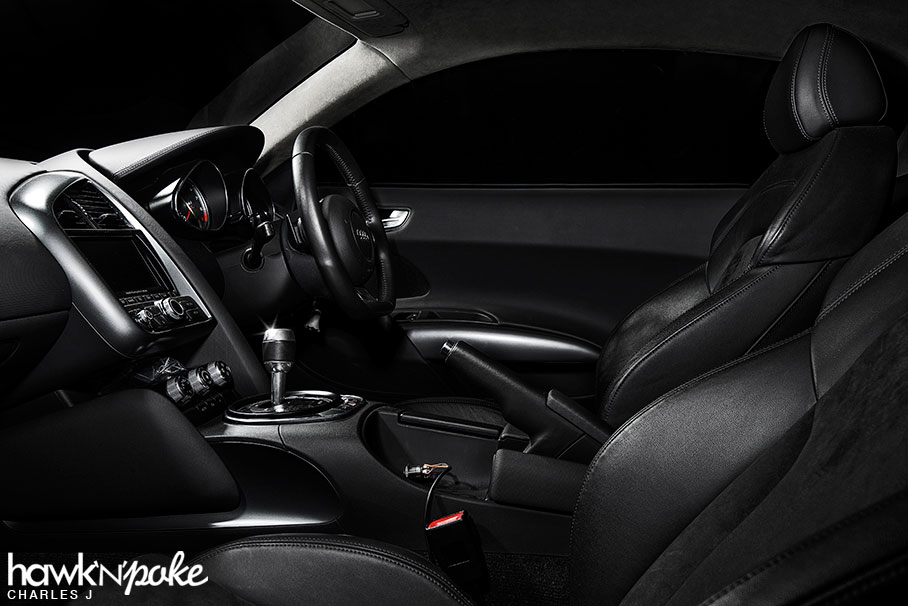 What’s next? The owner has planned for a complete rotor replacement, replacing them with even bigger Brembo rotors. All parts were installed by ConceptMotorSport. 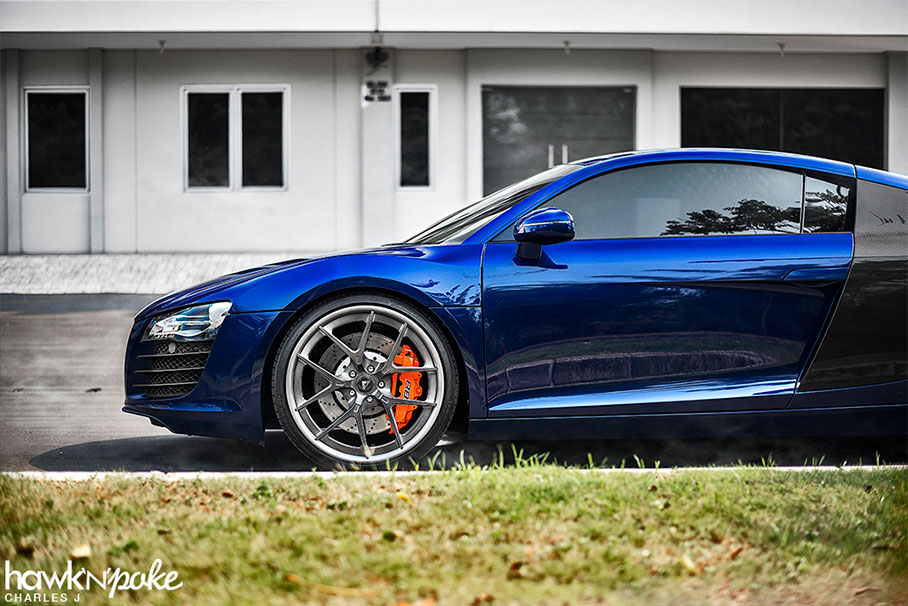