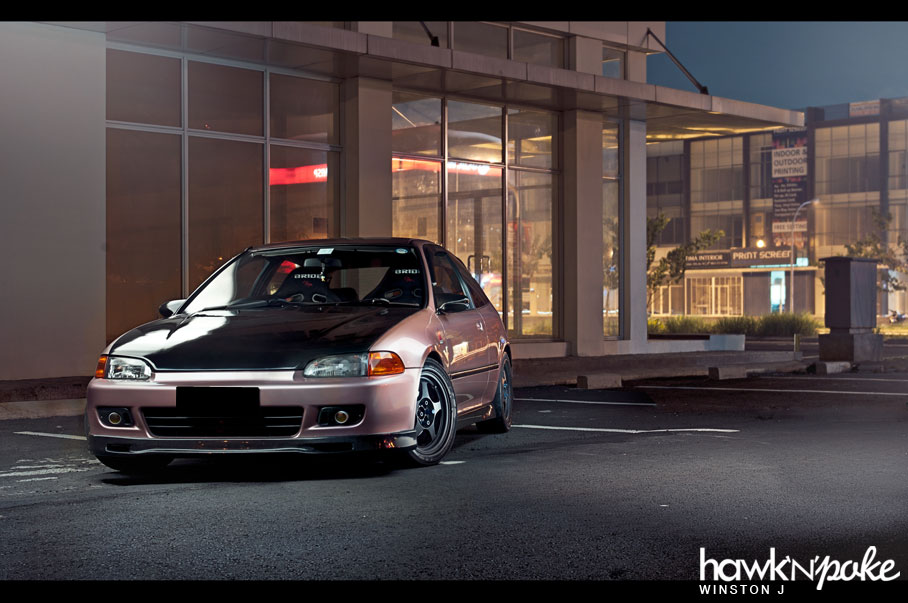 One thing that really amazes me about the Estilo being featured today: the fact that Samuel has been the owner of this car since it was brand new, which dates back to the year of 1995. Looking at the current pristine condition of the car, one could easily admit that this 17-year-old car is looking much Better than New! 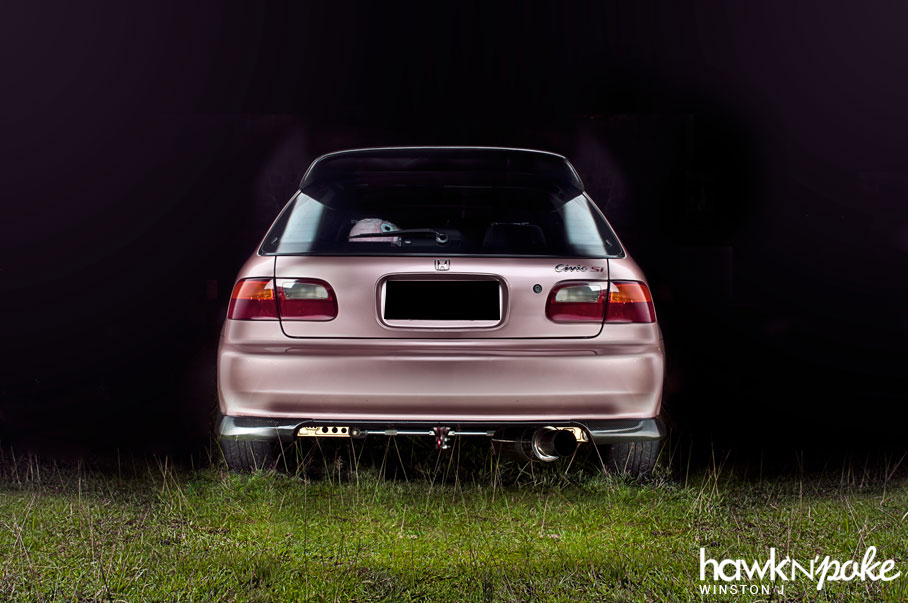 The seats. The wheels. The paint. The engine. Everything. Everything in this car works, looks, and feels much better than new. It’s as if it has been kept inside a hidden garage somewhere; somewhere where time doesn’t exist; somewhere where time doesn’t consume, nothing rusts; then after plentiful years of being hidden only to be found by Samuel and tuned by his mindful hands to its current condition.
No, no way all that could be true, no such garage exist. 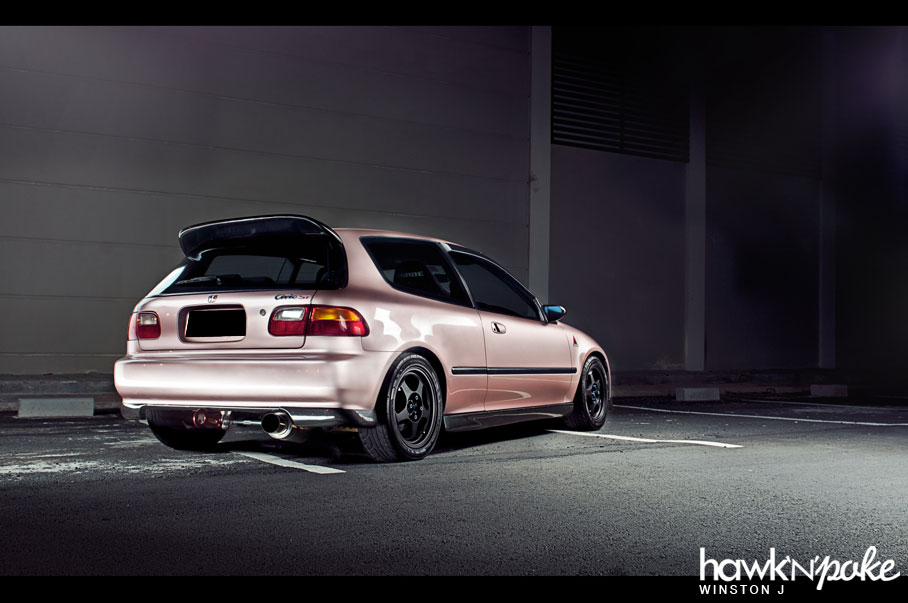 The truth is: this is a car that has been driven, has been used up, has spent most of his life on the roads, and has put every single bit of its efforts to stay loyal to its owner. And for all those, Samuel has made sure that it is to be well maintained and taken care of. 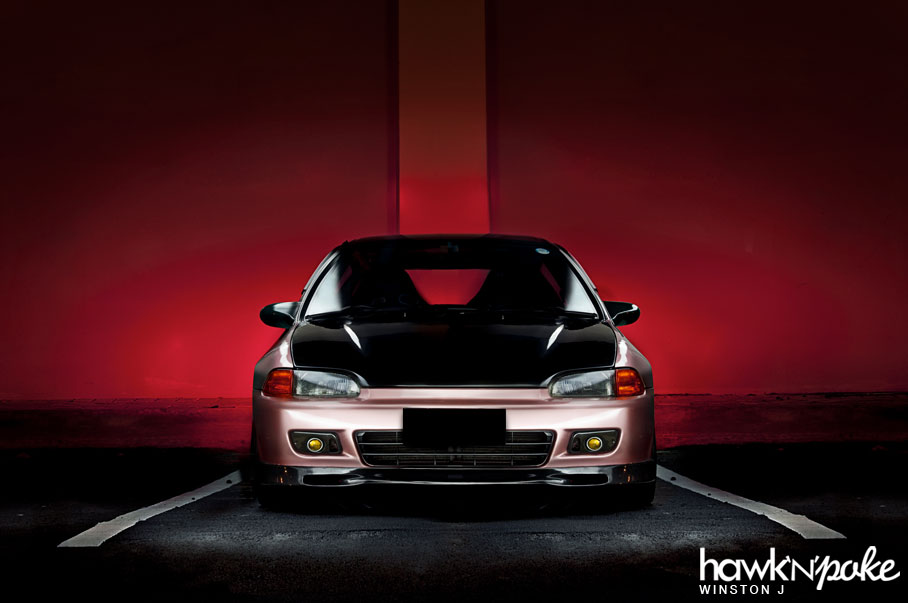 However, it wasn’t until the second year after Samuel’s return from the States that he started building and tuning this Estilo. Coupled with his experiences in tuning his eight other Civics in the States, he has decided to leave the engine in this Estilo in its N/A condition. Turbo in Honda engines could cause plenty of engine problems he said. 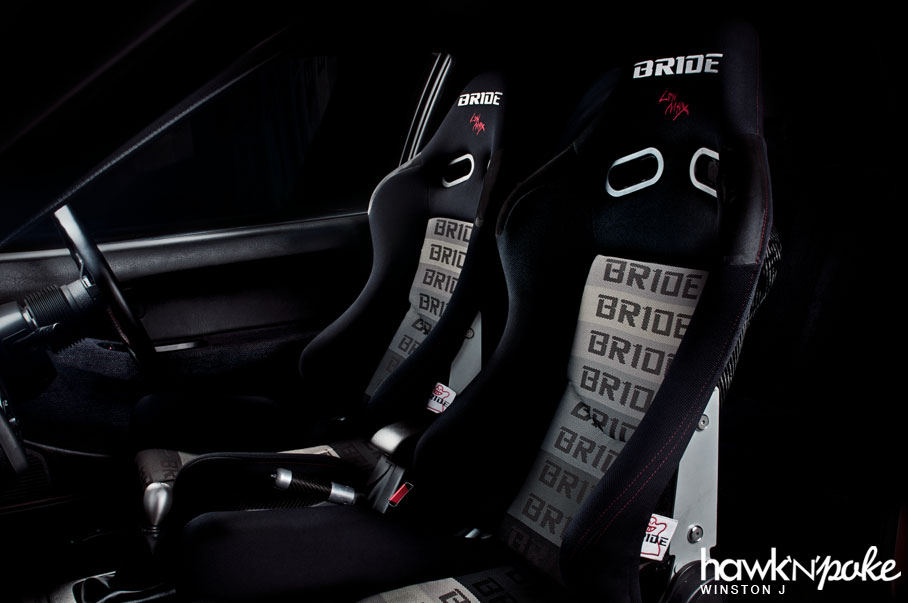 A bunch load of parts were carried over from the States personally. USDM parts, put together alongside with JDM parts, have really set this car apart from the others. It’s Polar Red metallic paint has also been especially chosen to make sure it stands out from other Estilos. 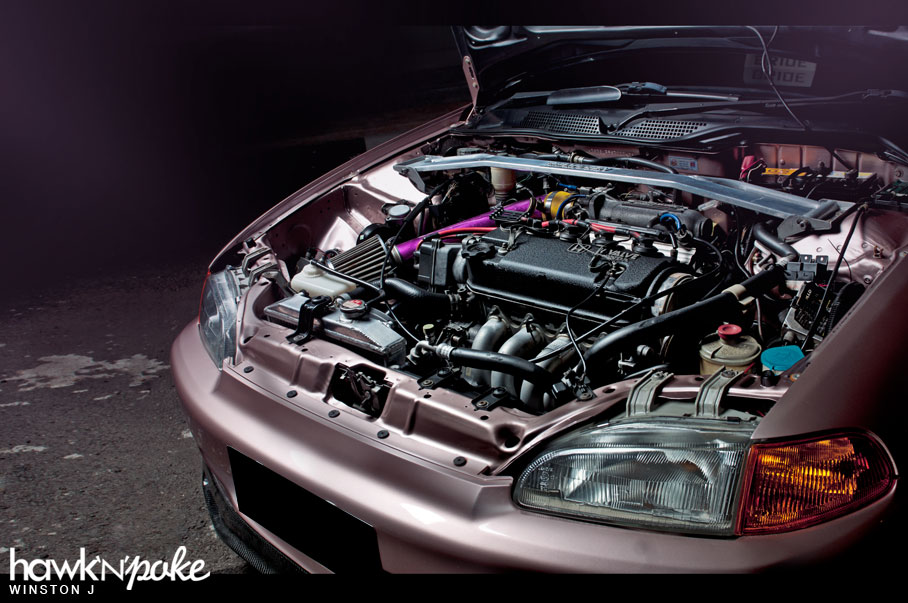 One interesting part within the engine is the CRV throttle body. Instead of depending on Turbos, Samuel has managed to hand-pick several N/A workarounds to squeeze every single drop of extra HP the engine can possibly produce. The application of the CRV throttle body, for example, is claimed to result in a more immediate throttle response. 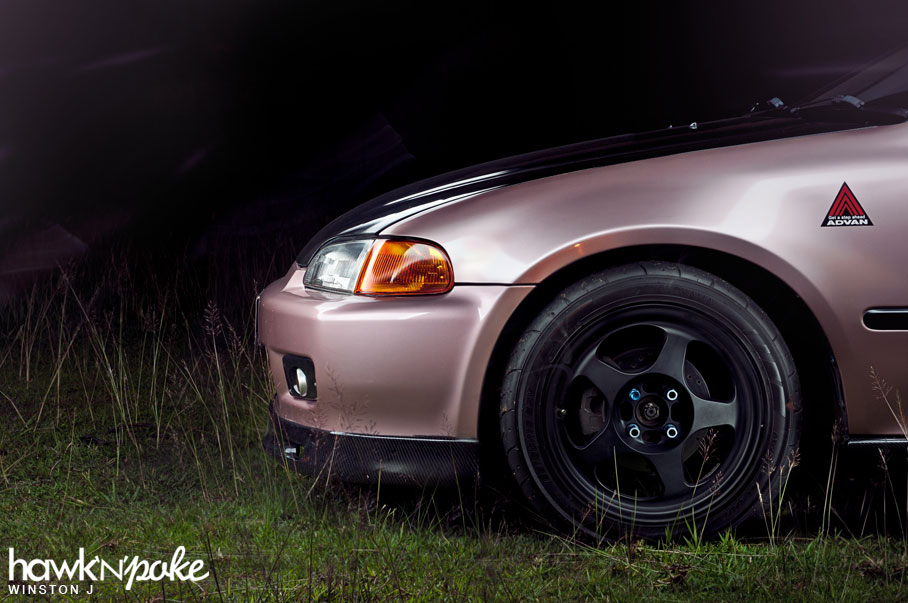 A lot of people sacrifice the handling of a car in favor of a good looking drop. No, this would never happen to Samuel. He likes his car balanced, properly set up all around. For this beloved Estilo, he chose Tokico coilovers, Brembo brakes, Spoon wheels and Neova tires. These parts are here to push the boundaries of its maneuverability to its limits. 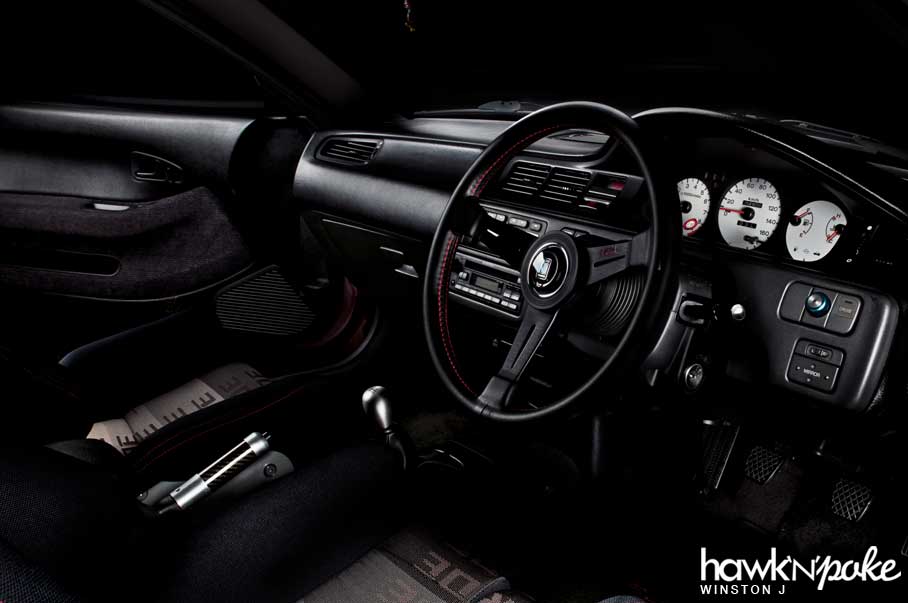 That’s all about Samuel and his Estilo. Even though I’ve been writing this article entirely in English, I believe the pictures themselves have been speaking a universal language that translates to how well this Estilo has been properly maintained and built.